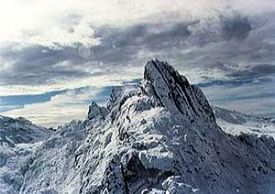 Carstensz Pyramid (Puncak Jaya) is the highest mountain in the Pacific Basin at 18,947 feet (5,775 meters) and is, typically, considered the highest peak of the seventh continent (Australia/Oceania) for climbers attempting the Seven Summits. It rises from Irian Jaya's steep and rugged Sudirman Mountain range, just fifty miles from the island's southern shore. Much of this range is characterized by easy terraces, surmounted by severe rock walls. Carstensz Pyramid (Puncak Jaya) north face is comprised of sheer 10,000 foot cliffs which embrace an extensive ice wall glacier. From the last airstrip at Ilaga village there is approx 5-6 days hard and tough trekking through the stone-age cultural environment. 6-7 hours walk in one day within rain-cloud forest, hilly terrain, muddy trails, highland swamps, crossing streams with rain showers for approx 4-7 hours a day. Normally a 4 day return trip back to Ilaga village, then by charter plane fly directly to Jayapura, the capital town of Papua province (formerly Irian Jaya). It's a Indiana Jones type of adventure! The route on Carstensz Pyramid (Puncak Jaya) follows a series of gullies up the north face for 500m of solid rock before breaking out on the ridge. Riddled with notches, the summit ridge undulates for half a kilometre. From this point, pitch and leave a rope fixed to jumar on return. On the descent, rappel a short distance and down climb most of the way. The rock is extremely good, rarely loose, and always provides good friction even in wet weather. The rock climbing difficulty on Carstensz Pyramid (Puncak Jaya) is up to 5.8 for short steeps, but most of the climbing is scrambling. It is important that you have basic rock climbing skills and are comfortable with rappelling and jumaring. In the highland areas, day time temperatures should range between 75 and 45 degrees F with most evenings at about 45 degrees F. Expect warm afternoon showers, which may turn cool if encountered on a mountain pass. Closer to Carstensz Pyramid (Puncak Jaya), snow or inclement weather may accrue. Temperatures can range from 28 degrees F to 60 degree F with occasional sunshine in the mornings. Rainfall is common in the afternoons and evenings. Winds are variable and can be strong. 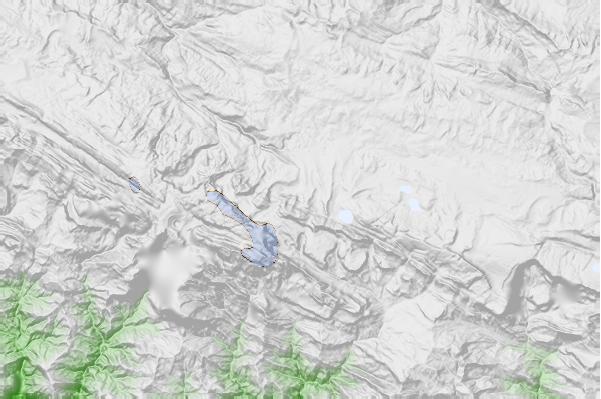