This snow report has been created by snow-forecast.com
Popular Kåbdalis Pages 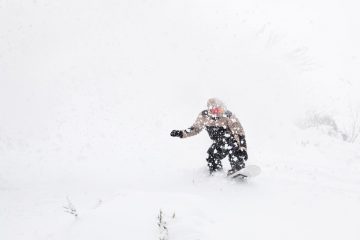 The cost of lift ticket at one Australian ski area has risen by 20% this season, according to a report on website www.traveltrends.biz The size says that the price of a day pass will increase by 20 per cent to $159 a day at Thredbo and speculates that this is due to lower numbers allowed on the slopes, and more staff needing to be employed, due to COVID-19 pandemic prevention measures. Other ski areas that have re-opened in the US over the past month have had similar issues. They have tended not to increase day pass prices but are only offering limited terrain that they can still open up high in late spring/early summer and operators have said they have

Blåfjell Village
We stayed in Blåfjell during the 8 days of 9-17th December 2011; travelling there on the Friday as flights and transfers were difficult on the Saturday. The resort was able to offer the extra day with apparently no difficulty through the email link to Rickard (Rickard Wennström info@kabdalisstugby.se). Rickard was extremely helpful, giving information about potential taxi and car hire to accommodate our group of 5½. He also arranged a food parcel, a cot and a high chair (after initially indicating they didn't normally do this).

Arranging flights was a problem, quite expensive and involved one stop on the way out (Stockholm) and two stops on the way back (Stockholm & London)to Manchester. Car hire was smooth once we had settled on this option, and the car with winter tyres fitted and the heater to plug in on the car parks was a novel experience.

Kåbdalis and Blåfjell Village are effectively the same place, there is but a short walk between the “village” and the buildings that make up the Kåbdalis ski centre including the two restaurants. The Blåfjell complex is made up of apartments one on top floor, one on bottom floor of buildings built on the hillside, each with access from ground level front on lower level and back on top level.

Accommodation in Blåfjell village is functionally adequate. The rooms are equipped well but in stark Scandinavian functional fashion. Essentials were done well and the Sauna was an asset - the boot warmer in the porch and the separate drying room out front where the boiler was located also. The shower was excellent and roomy. Underfloor heating and triple glazing made the temperature very comfortable and controllable through the room thermostats. The kitchen was very good.

Günter, the person from Blåfjell reception was very helpful. As well as sorting out our car access to the apartment, he had arranged groceries (which had to be brought down from Jokkmokk 60km away where his wife works) cleared the roads and footpaths, offered help and advice freely and was a cheery and helpful agent.

We were the only people staying at Blåfjell village after Monday when groups left after the weekend when it had been pretty full. The position of our apartment was amazing, 25 metres from the edge of the main piste of Becca and then a further 100 metres down the piste to the chairlift. Literally ski out ski in, skis clipped on at the porch and removed after a 10m walk up the slope to the door, a little bit too chicken to cut a path through rocks etc to get directly above the doorway!

Skiing is extremely limited in Kåbdalis and the lifts were not fully operational at any stage during our stay. Saturday and Sunday saw three lifts open including the baby lift, giving access to three runs from the top (the chair lift and the T-bar both give access to these runs from the top of the fell) and the "so called" nursery slope, the bottom of the easy red known as the family slope. When groomed this was like a good blue with one steep bit (at top of nursery slope!)
On main page of Kåbdalis website it states:

The main run Becca was quite a hard red with two steep bits after a very gentle start and a flat finish. This was used each day by ski racing coaching groups and they dominated the piste, also it was closed to us for most of one of the days. Daylight hours are limited at this time of year, but good floodlights make those pistes that are illuminated useable for the whole day, a novel experience for those not having been "up north" before. Floodlights are good and on all day, but only on some runs, family and Becca and after the weekend family was neither groomed nor lit - apart from lighting for a private lesson for one of our party, the T-bar was also switched on but wasn’t useable by a beginner/improver as it needed grooming over the icy cross ruts.
For most of the week only the chair lift was open, which although theoretically giving access to several alternative pistes they were not often available because of snow making machinery, or lack of snow, or the lack of uplift away from them (resulting in walking)

Thursday even saw a Swedish family of five struggling to descend the one always open/floodlit slope Becca. The lack of signage and information seemed to have caught them out as well. Mounds of snow from snow blowers made Super G slope unusable after weekend, even when Becca was used for racers.

Only one of restaurants stayed open after weekend, and as virtually no one was there was pretty empty, but the limited food available, pizza and burger and chips, was very good indeed.

Signage throughout the resort was pretty much absent or in Blåfjell exclusively in Swedish. No signs to mark the pistes - not that problematic when so few were open as they are pretty easy to see - but there was no indication at the lifts as to what was open, and when pistes were closed or open was not clear, during the weekend and Monday lifts opened at different times. This could have been very significant when the piste was having snow blown or when being reshaped by machine. A board to explain the situation would have been useful particularly to visitors from abroad. It seems locals ask about everything, it even seems that lifts can opened by individuals! It's a very friendly informal place.
Limited signage also applies to the access to the resort. The sign from the road is difficult to spot and the instructions to look for the sign for Blåfjell village is a joke. Having checked out the route on Google Streetmap it was still difficult for us to find the place in the dark (the school would have been a good landmark, as would the garage, and maybe turning after the yellow house?)
Piste map is strange and as at many resort lies. I never found out how the green runs morphed into red halfway down the hill as that side of the hill was closed (I think?)! The "easy family run" that was used by the ski teacher with our beginner was labelled red! As was the main run on which ski racing had taken place the previous week.

Conclusions
• Very good accommodation if a little stark
• Very helpful friendly staff at all times, in all places
• Good equipment for hire
• On those slopes equipped, good lighting that was on all day when lifts were operating; other runs were therefore only useable during the short daylight hours (about 4)
• Very different experience to the Alps etc
• Lapland and the proximity of the Arctic Circle are plus points - We spent an interesting afternoon in the dark in Jokkmokk (where the supermarket is)
• Snow remains in good condition because of the almost guaranteed cold temperatures
• Snow making and piste preparation seemed good with the one piste machine and the JCB type digger working long hours
• Expensive flights and car hire
• Compact ski centre, easy walk from one end to the other, even on downhill skis
• No X-Country skis for hire, though we were offered the use of personal equipment if we wanted, and it is planned for the future
• Doorstep skiing - real ski in - ski out
• Snow had been very late this year and this was obviously unusual, there were, however, few pistes and lifts operating; though it must be said that midweek there weren't really enough customers to warrant opening; and skiing completely empty pistes can be compensation, somewhat, for the lack of variety.

Would I return?
Probably not, but I think I enjoyed the week, and my skiing has improved again.
Probably not somewhere for poor skiers though.