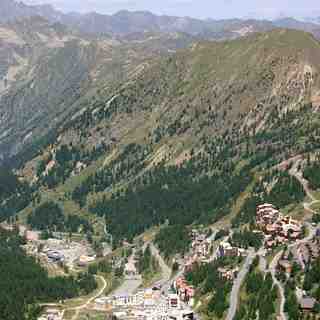 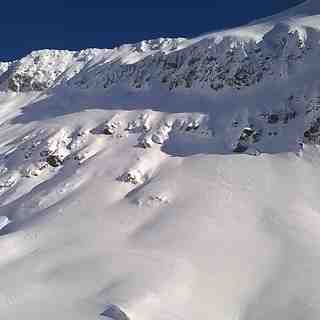 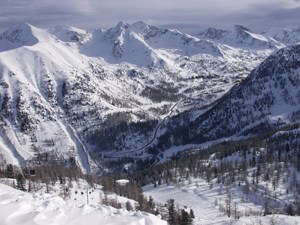 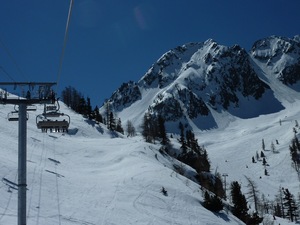 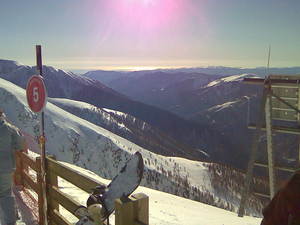 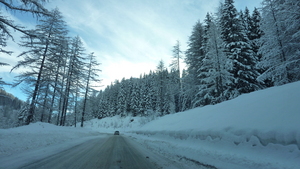 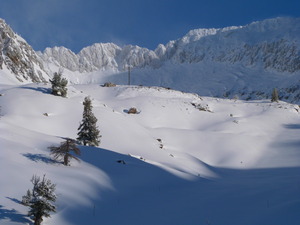 Isola 2000 is the closest high resort to the Cote d' Azure. The drive to Isola 2000 from Nice is a spectacular one that winds up through the steep river gorges of the Maritime Alps and takes just one and a half hours. Worthwhile diversions abound, the Verdon and Cians gorges are at hand, as are spectacular fortress towns such as Entrevaux. Purpose-built in the 1970s, Isola 2000 has tried hard to lessen the ugliness of its ill-conceived concrete buildings by cladding many with wood and newer buildings are mostly traditional chalets in the pine forests above Hameau. The terrain is varied and is especially good for beginners and intermediates with a respectable 120km of piste and some challenging wooded off-piste runs for snowboarders and advanced skiers after new snow. Being located so close to the sea and above 1800m, Isola 2000 gets the brunt of the snowfall from storm systems moving into the Western Med and can often have very different conditions to the rest of the Alps. Early in the season, Isola 2000 tends to be more snow-sure than higher resorts further north but being so close to Nice means that it can get very busy at weekends and holidays. 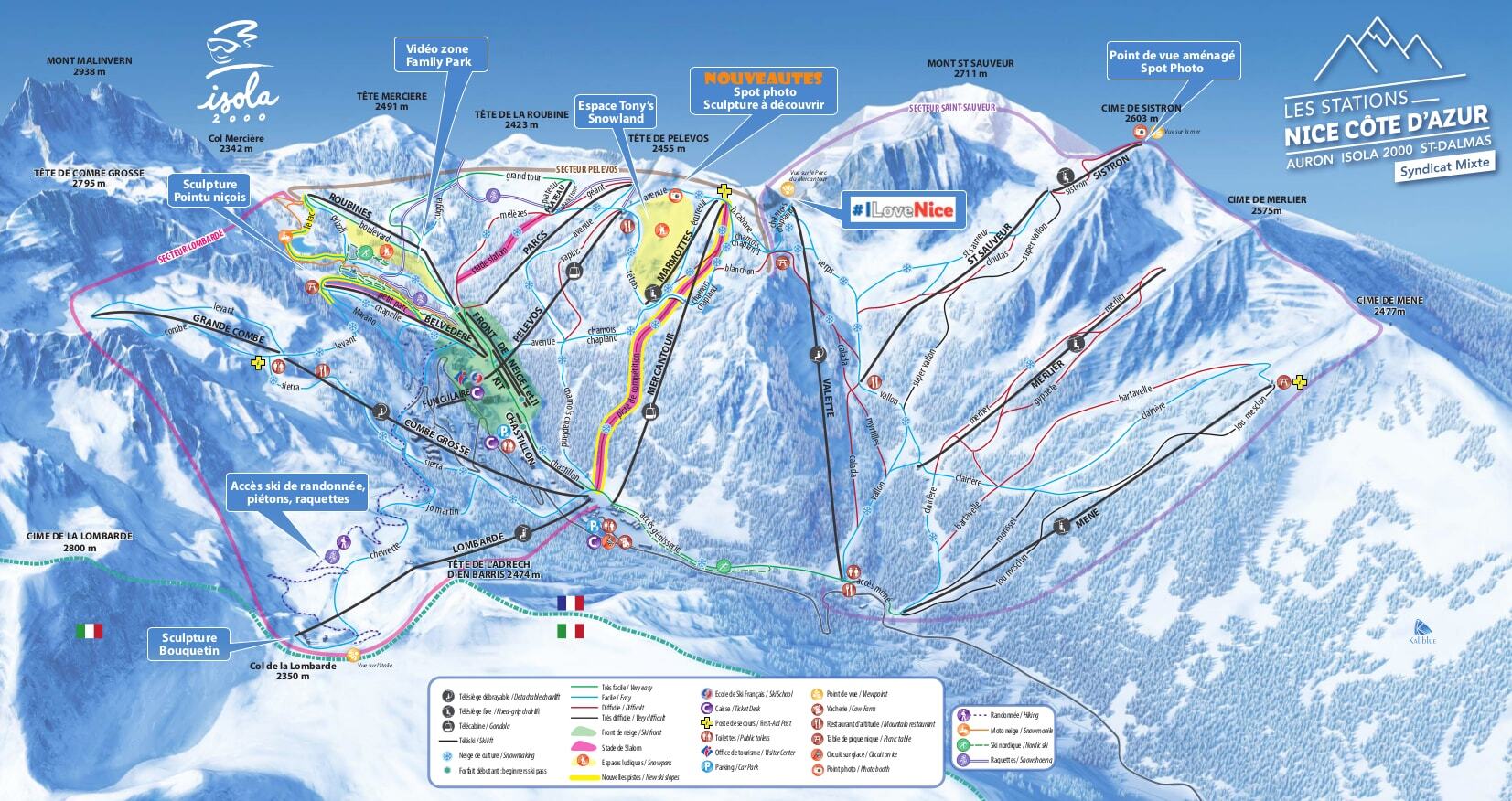 Nearest gateway to this ski resort: Nice Intl Airport, at only 90km by the road.

Regular shuttle buses from the airport to the ski resort at only 1 EUR!!! More information on the web site of the airport: http://www.nice.aeroport.fr/acces_stationnement_en/bus/recherche.asp?dest_id=%7B27A822CE-DBD7-4D44-8CE1-C61D9DCA774D%7D

Isola 2000 is often the snowiest resort in France and especially at the beginning of the season. I experienced up to 5 m of snow in this station.
Thanks to the snow cannon and artificial lakes equipment, we are sure to always have snow as soon as the cold arrives even if no precipitation is present.
By cons, we quickly went around the slopes for a very good skier level competition! For this, I find the Auron station much more equipped in kilometers of track and in elevation.
But Isola 2000 remains the family resort par excellence and as soon as you leave your home, you are on the slopes (you can leave the car all week, which is not the case in Auron because the village is very spread according to where we rented).
You should know that Isola 2000 is part of the association of Auron station and that during a week's rental in Isola 2000, we can go skiing with the same package to Auron but it takes 30 minutes to drive to go and as much for the return. It's worth trying for good skiers and those who like to drive. I do not know if there are shuttles between the two stations?
In terms of restaurants, the best restaurant (and in addition with a large terrace) is Le Chalet Belvedere located above the small chapel on the snow front held by a charming couple and a staff also charming and very reasonable prices. For those interested, the boss is a former car champion who participated in the 24 hours of Le Mans and organizes the annual Andros Trophy on the ice circuit of Isola 2000.
At the hotel level, the Druos is also a very friendly hotel whose owner is also a mountain guide and can take you out the day to discover the off-piste area.
Apart from that, it is December 1, 2018, there is 1 m of snow at the top of the slopes of Isola 2000 and the station opens today ... Yes. 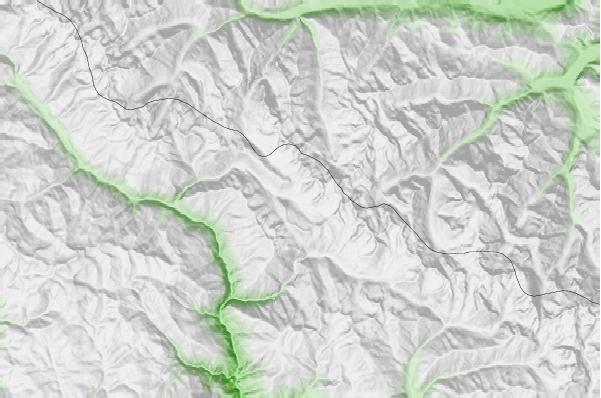