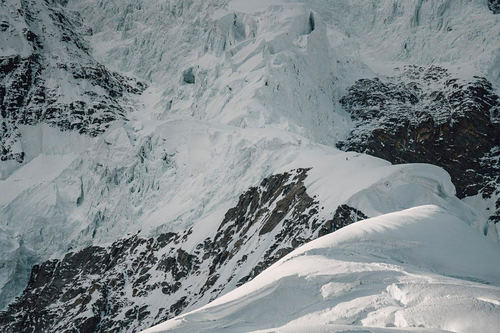 K2 is the second highest mountain in the world and climbing to its pyramid shaped peak is considered to be the hardest climb there is. For this reason it is known as the Savage Mountain and the first successful assent was in 1954. Out of all the 8000mtre peaks in the world K2 has the highest failure rate. K2 is also called Mount Godwin-Austen after Henry Godwin-Austen who led the European survey team in 1856. The name K2 was given by his colleague, Thomas Montgomery, it being the second peak of the Karakoram range. "Chogo Ri" is its name locally, which means The Great Mountain. "Ketu" is used by the Balti people who act as porters in the region. K2 towers over the Concordia glacial field at the head of the Baltoro glacier.

In welchem Monat gibt es am meisten Schnee in K2?